The article presents the results of comparative marketing analysis of the antibacterials for systemic use, that are used for the pharmacotherapy of traumatic craniocerebral injuries of military personnel, by the number of international nonproprietary names, brand names, types of dosage forms and price proposals.

Health is considered as a necessary field of science since many years ago [1-3]. Traumatic craniocerebral injury is one of the leading causes of death and disability. Yearly for every 10 thousand population, there are 200 cases of the trauma, [4-7], and in Ukraine, more than 11 thousand people die per year, i.e. mortality from head injuries is 0.024% [4, 8-10]. Also, this is an urgent problem for the medical service of the Armed Forces of Ukraine: according to the scientific literature, craniocerebral injuries in large-scale wars and local armed conflicts of the twentieth century ranged from 7.9% to 17.9% of all injuries [4, 8, 9, 11, 12], and during the Joint Forces operation and the Anti-Terrorist operation in eastern Ukraine, head injuries accounted for 31.9% [8, 9, 11, 12]. Also, the treatment of military personnel with trauma requires the use of a significant number of medicines, among which a special role is played by antibacterials for systemic use. They are used to prevent infectious complications. The effective usage of antibiotics in neurosurgery has specific requirements for medicine’s ability to penetrate the blood-brain barrier with conventional parenteral administration and not cause side complications when applied typically to a brain wound and injected into the cerebrospinal fluid [4, 13, 14]. Antibiotics of the tetracycline group, penicillins, cephalosporins, macrolides, lincosamides, aminoglycosides, etc. meet these requirements.

MATERIALS AND METHODS OF RESEARCH:

During the research process, we used materials from the data of 179 prescription sheets and also cards of inpatients with trauma who were treated at the National Military Medical Clinical Center "Main Military Clinical Hospital". Research methods: marketing analysis, systematic analysis, bibliographic overview.

RESULTS OF THE RESEARCH AND DISCUSSION OF THE RESULTS:

The analysis of registered in Ukraine antibacterial agents for systemic use for the medical supply of servicemen with trauma was conducted using the information database of registered medicines, presented on the official website of the State Expert Center of the Ministry of Health of Ukraine, and showed that as of 01.12.2013 in Ukraine have been registered 330 antibiotics, which are used to prevent infectious complications in military personnel with trauma. During the comparative analysis as of 01.12.2017 and 01.06.2020, it was found that the number of medicines decreased and amounted to 301 and 273, respectively (Fig. 1). 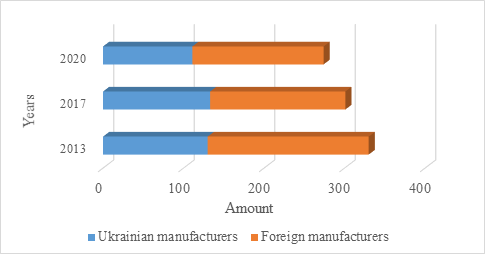 Fig. 1. Distribution of medicines by manufacturer 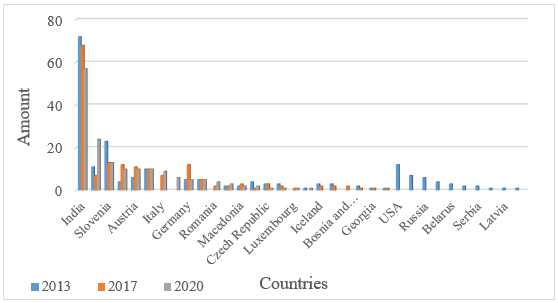 Generally, in June 2020, the number of medicines produced by foreign manufacturers decreased by 18% due to reduced imports from the United States, Canada, Russia, and others.

As of 2020, Ukrainian manufacturers supply 111 medicines. The top three is headed by PJSC "Pharmaceutical Company Darnytsia", which produces 19 items and has moved OJSC "Kyivmedpreparat" out of the first place. The second place is taken by scientific production center PJSC "Borshchahivsky HFZ" (16 items), and the third place is occupied by OJSC "Kyivmedpreparat" (15 items) (Fig. 3). 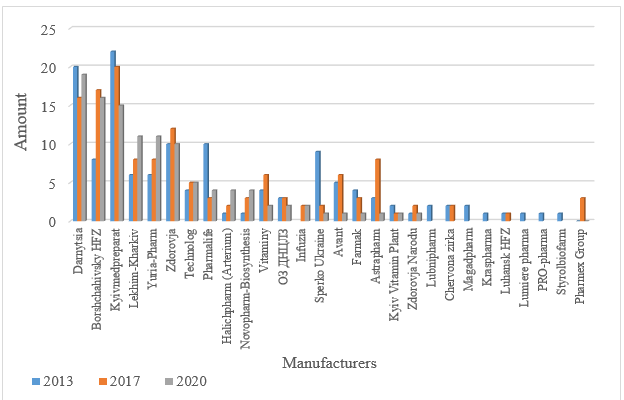 Fig. 3. Distribution of antibacterial agents for systemic use by manufacturers

During the analysis of fig. 3, it is found that 7 manufacturers have expanded the range of produced medicines from 1.25 up to 4 times: PJSC scientific production center "Borshchahiv HFZ", LLC "Lekhim-Kharkiv", LLC "Yuria-Pharm", LLC "Technology", JSC "Technology Halychpharm", "Novopharm-Biosynthesis" LLC and "Infuzia" LLC. All other domestic pharmaceutical companies have reduced production due to the crisis caused by the Joint Forces operation and the anti-terrorist operation in the east of the country, and some manufacturers, such as OJSC "Lubnipharm", OJSC "Chervona Zirka", LLC "Luhansk HFZ",  "Styrolbiofarm" LLC, "Pharmex Group" LLC, stopped production of antibacterial agents for systemic use at all.

The analysis of antibacterial agents for systemic use under international nonproprietary names (INN), presented in Fig. 4, showed that the widest range in each 2013, 2017 and 2020 was characterized by ceftriaxone
(J01DD04) - their number over the past seven years increased by 34% and currently stands at 87. In 2013, Bangladesh, Belarus, Bulgaria, Great Britain, Georgia, India, Iran, Cyprus, Russia, the USA, and Switzerland were engaged in its production. In 2017, Luxembourg, Germany, and Turkey joined the production of ceftriaxone medicines, and in 2020 - Italy, China, and Romania. Among domestic pharmaceutical companies, ceftriaxone is currently produced by OJSC "Kyivmedpreparat", PJSC "Pharmaceutical Company Darnytsia", CJSC "Lekhim-Kharkiv", scientific production center PJSC "Borshchahivsky HFZ", LLC "Zdorovya", and LLC "Yuria-Pharm". 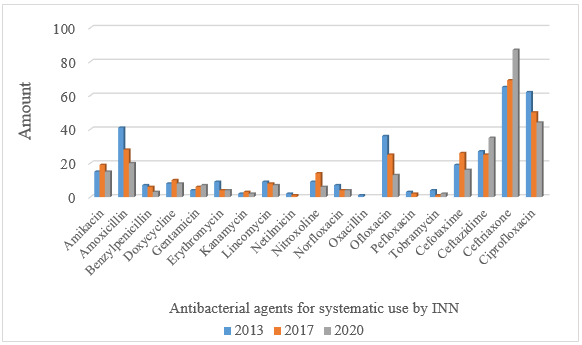 Fig. 4. Distribution of antibacterial agents for systemic use by INN 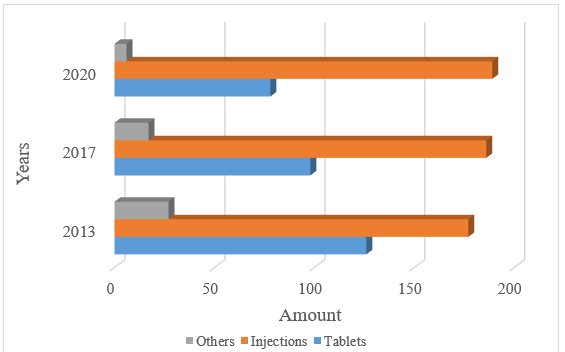 Fig. 5. Distribution of antibacterial agents for systemic use by type of dosage form

Analysis of the cost per a single dose of antibacterials for systemic use gave a possibility to found that, in general, the price of foreign-made medicines is much higher compared to the cost of domestic one (Table 1).

The marketing analysis was performed for the antibacterials for systemic use, which are used for the medical supply of military personnel with craniocerebral injuries, by the number of INN, production, type of dosage form and cost.