Factors influencing consumers’ decision on the use of nutraceuticals: a focus group study in Malaysian population

Nutraceuticals are defined as “any substance that may be considered a food or part of a food and provides medical or health benefits, including the prevention and treatment of disease”.[1-3] With its broad definition, it includes both dietary supplements (DS) [4, 5] and functional foods [6] and its use was reported to be prevalent with an increasing trend in the United States, United Kingdom, Europe, and Korea.[7, 8]

We used the Consolidated Criteria for Reporting Qualitative Research (COREQ) [22] to inform the study’s design and reporting.

Participants were recruited in-person in Monash University Malaysia. To obtain a range of perspectives, we used purposive sampling to include participants with different age-groups and income levels, including undergraduate students (aged 18 without income), postgraduate students (aged between 18-30, with minimal income), administrative staff and academic staff (aged between 25-46, with average and above-average income). Also, we ensured an almost equal number of included users and non-users of nutraceuticals. Participants were eligible if they were English-speaking Malaysian adults (i.e. 18 years and above). Participants received MYR20 as compensation for their time. This study was approved by the Monash University Human Research Ethics Committee, Australia. All participants signed the consent letter before the start of focus groups.

We developed a question guide based on the results of the systematic review which investigated the influencing factors for consumers in taking nutraceuticals [18] and referring to the technique using well-established guidelines on designing a focus group [23, 24] and, and discussion among the research team. One investigator (SLT) conducted the 1-hour focus groups in meeting rooms in Monash University Malaysia. To ensure homogeneity in the composition of the focus group, i) current users of nutraceuticals and ii) non-users of nutraceuticals were grouped in separate focus group sessions. The focus groups were conducted in October 2017 until data saturation was achieved. Data saturation was determined to be achieved when no new motivating factors or barriers for taking nutraceuticals were obtained. All focus groups were audio-recorded and transcribed.

All transcripts were entered into Nvivo version 11 (QSR International, 2016), which is a software for qualitative data management. Thematic analysis was conducted were meaningful and relevant sections of text related to the factors influencing consumers’ decisions on the use of nutraceuticals were coded into the relevant theme.[25] The software generated a report of all of the themes with their corresponding coded text. The preliminary themes were discussed with SN, who read the transcripts independently; any discrepancy was discussed with NC and resolved by consensus. This form of researcher triangulation was done to ensure that the preliminary themes captured the complete range of participant perspectives. Conceptual links or similarities across themes were identified and mapped into a thematic schema.

The two main themes identified were perceptions of nutraceuticals product attributes and the source of recommendation to use nutraceuticals. The themes were described in the following section. Selected quotations to support each theme were provided in Table 2 (motivating factors) and Table 3 (barriers). Also, the word cloud of the 25 most frequently mentioned words were included as supplemented information (Figure 1). 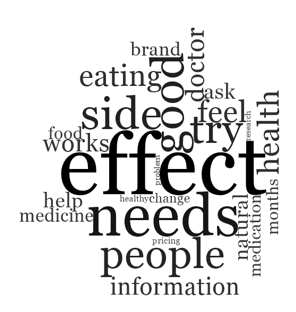 Figure 1. Word cloud of the 25 most frequently mentioned words.

Safer than natural sources (from food)-Some participants perceived that nutraceuticals were safer than food as they could not trust the safety of food (e.g. vegetables). The participants were induced with fear about the safety of food as social media has shown about the contamination of food with chemicals. Participants mentioned nice-looking vegetables do not appear as healthy and fresh to them, they cause anxiety because they might be contaminated.

From Figure 1, “side”, “natural” and “effect” have been frequently mentioned which were related to the safety components of nutraceuticals.

Participants wanted to try nutraceuticals products after knowing good reviews or testimonial from people who have used the products. They could be anyone who they came across with. A participant mentioned that due to the duration required to see the health effects of nutraceuticals, it was better if participants asked from those who have taken it.

Some participants including users and non-users of nutraceuticals trust healthcare professionals and would be influenced on the decision to take nutraceuticals, although they also mentioned that they would still trust their own experience at the same time.

From Figure 1, “people”, “information”, “doctor”, “research” were frequently mentioned words related to the source of information.

Other barriers to taking nutraceuticals

To the best of our knowledge, this study is the first qualitative study reported to explore factors influencing consumer’s decision in taking nutraceuticals in the Malaysian population and the first in Asian countries for the general population. The theory of planned behavior (TPB) is an established theory in human behavioral research [26] and was used to relate to the findings of the studies. In general, TPB describes that behavior was a result of an intention attributed to the 3 domains of attitude toward the behavior, subjective norm and perceived behavioral control. According to this study, the intention of the behavior of taking nutraceuticals was heavily dependent on the attitude towards the behavior, followed by the subjective norm and only to a small extent on perceived behavioral control.

Next, the subjective norm was another major factor influencing the decision of the participants in taking nutraceuticals. When the nutraceuticals were recommended, participants were motivated to take nutraceuticals. The influence of the recommendation can be from friends and family, healthcare professionals or from anyone who had a good experience with the nutraceuticals. Compared to the systematic review,[27] recommendation from healthcare professionals was much more influential. This could be due to only generally healthy adults who were recruited in the study while the systematic review included participants with all health conditions including those who were generally healthy as well as with diseases. Also, the difference between culture and education level could contribute to this difference which should be explored in the future.

The advantage of our study was both users and non-users of nutraceuticals were recruited which enabled the identification of motivating and demotivating factors from both groups of participants. Also, the purposively selected method enabled the perspective of participants with varying levels of age-groups and income levels. Nevertheless, our study is limited to only a generally healthy population and may not apply to those who had severe health conditions. Future studies could include participants with different education levels and health conditions to investigate if the difference affects factors influencing their decision to take nutraceuticals.

Our study is limited to a broad view of the general population on factors influencing their decisions in taking general nutraceuticals as no nutraceuticals products were specified throughout the discussion. Also, the sample size in our study is relatively small. However, this is because data saturation has been achieved.

The authors report no conflicts of interest.