Biodiesel is an alternative to fossil fuels. It is produced by transesterification of triglycerides with short-chain alcohols in the presence of a catalyst. Sources of triglycerides include vegetable oils and animal fats. Among alkali metal oxide catalysts, calcium oxide (CaO) is widely used in the transesterification reaction. CaO is strongly alkaline and is cheap and environmentally friendly. It has low solubility in methanol.  CaO can be sourced from natural limestone deposits. In this study, a solid CaO catalyst was obtained from Lintau Buo limestone and calcined at 900°C for 5 h. The results showed that this catalyst had a significant effect on biodiesel production.

Renewable and environmentally friendly fuels are being developed as a consequence of the scarcity of fossil fuels, global warming, and environmental problems [1-3]. Biodiesel, fatty acid methyl ester, or FAME, is a monoalkyl ester of fatty acids from vegetable oils or animal fats are an alternative solution [4, 5]. Its biodegradability, renewability, and physical similarity to diesel petroleum but with less toxic emissions make it a feasible sustainable energy source [6, 7].

FAME is produced by the transesterification of vegetable oils or animal fats with short-chain alcohol in the attendance of a catalyst [8]. The use of land to produce vegetable oils for FAME reduces that available for food production which can cause social problems. To minimize the effect on food production, waste cooking oil can be used as an alternative raw material making the process efficient and effective in minimizing environmental impact [9].

Heterogeneous catalysts are easily separated. They are recyclable, environmentally friendly, and do not produce large amounts of wastewater [13]. Heterogeneous transesterification catalysts that have been studied include alkaline earth metal oxides, alkali metal compounds supported on alumina, zeolites, solid acids, and enzymes   Previous studies have reported that alkaline earth oxides which have high alkalinity can be used to produce FAME [14]. The most frequently used heterogeneous base catalyst is calcium oxide (CaO) [15]. CaO is low-cost, long-lived, moisture resistant, and has low solubility in a liquid mixture. Also, it produces a high yield of FAME [14].

CaO is widely used as a heterogeneous catalyst because there are many natural sources of calcium available. Natural calcium carbonate from eggshells, shells, limestone, dolomite, cuttlebone, or other sourced can be converted to CaO via calcination [16].

The source of limestone used is the Lintau Bou area of West Sumatra. This limestone contains Ca (97%) along with Mg (0.5%), Al (0.4%), (0.3%), Fe (0.1%), Ag (1.1%).  Morphological and elemental properties of the calcinated limestone were characterized by SEM and XRF. Structural properties were identified through XRD analysis. Catalytic activity was evaluated through a transesterification reaction with waste cooking oil (WCO).

WCO was filtered with Whatman filter paper no. 42 to remove sludge. After that, the WCO was dried at 100°C to constant weight. The fatty acid composition of WCO was analyzed by GCMS. The crystal structure of the catalyst before and after transesterification was determined using X-ray diffraction (XRD) by PanAnalytical Expert Pro which uses Cu Kα radiation. Elemental analysis was performed by X-ray fluorescence (XRF) analysis using the PANalytical Epsilon 3 analysis model. Morphological characteristics were analyzed using scanning electron microscopy (SEM) and X-ray spectroscopy (EDX) dispersive energy (JX-J), JSM-6290LV.

The transesterification was conducted in a 500 ml three-neck flask equipped with a reflux condenser and a magnetic stirrer. First, methanol and catalyst were added to the flask and heated to the reaction temperature. Then WCO was added and heated at 50°C while stirring at 850 rpm. Amount of catalyst was varied (1, 3, 5, 7 wt%) as was the molar ratio of methanol: oil (3:1, 6:1, 9:1, 12:1), reaction temperature (55, 60, 65, 70°C) and reaction time (2, 4, 6, 8 h). After the reaction was completed, the solid catalyst was filtered out using a funnel complete with filter paper. The filtrate was transferred to a separating funnel and left overnight. The top layer was collected and washed with hot distilled water until clear. The FAME was dried at 110°C to remove the remaining washing water, and the FAME content was analyzed by gas chromatography and yield calculated using the following equation:

The composition of the limestone and CaO were analyzed by XRF (Table 2). Ca content in limestone is 97%, while Ca content is 98% in CaO after calcination. Ca content decreased to 93% after the first transesterification reaction cycle.  A small amount of the CaO catalyst reacted with methanol to form Ca (C3H7O3)2 and Ca (OH)2, but most was able to be recovered as CaO(20).

(Figure 3) shows an SEM of the CaO catalyst before and after the transesterification reaction showing morphological changes after the reaction. Fresh catalyst has a uniform and irregular distribution of particles, whereas used catalyst show particles agglomerated with other reactant molecules. Morphological changes occur due to the blockage of active sites with by-products such as diglycerides, monoglycerides, glycerol, and FAME and contamination by moisture and CO2 in the air during the catalyst filtration process [23]. These physical changes also contribute to a decrease in catalytic performance. The morphological changes to a  catalyst after the first reaction is known to result in a new active surface which has a significant impact on catalytic activity [24].

The effect of the amount catalyst on transesterification was significant (Figure 4). When other conditions were constant (molar ratio alcohol/oil 6:1, 65°C, 4 h) a small amount of catalyst produced a low yield of FAME. Optimal results were obtained at 5wt% CaO which produced a 86% yield. Higher amounts of CaO than this reduced the yield. A critical mass of catalyst is needed to drive a reaction [25, 26]. On the other hand, too much catalyst makes the reactant mixture too thick, which causes problems with mixing and separation [27].

The molar ratio of alcohol/oil in the transesterification stage under constant conditions (5wt% catalyst, 65°C, 4h) (Figure 5), had a significant effect on yield which increased with increasing methanol/oil ratios up to 6: 1 (yield of 86%). Exceeding this optimum value reduced yield. Stoichiometry of the transesterification reaction indicates that one mole of oil (or triglyceride) needs three moles of alcohol to produce three moles of FAME and one mole of glycerol. Because transesterification is reversible, excess methanol is required to move the equilibrium towards the formation of methyl esters [28]. Large amounts of methanol increase the methoxy ions on the surface of the catalyst [29]. Increased numbers of methoxy ions push the equilibrium toward FAME production [30]. A further increase in the methanol/oil ratio will dissolve most of the glycerol, which inhibits the reaction between methanol and the other reactants and the catalyst, thereby interfering with glycerin separation and product reduction [31].

Figure 5. Effect of the methanol to oil molar ratio

The reaction time also significantly influences the transesterification yield when carried out under constant conditions (5 wt% catalyst, alcohol/oil molar ratio of 6: 1, 65oC). Figure 6 shows that yield increases with reaction time up until 4 hours with the optimal yield being 86%. Longer reaction times reduce yield. Optimal reaction time is reached when there is time for sufficient reactant interactions to produce the final product [32]. A shorter time means fewer reactant interactions and lower yield [25]. Conversely, a time longer than the optimal point causes a back reaction to occur and results in the formation of soap/saponification, which can reduce the amount of product [28].

Figure 6. Effect of reaction time on the yield of FAME

The effect of temperature on the transesterification process under fixed conditions (5wt% catalyst, the molar ratio of alcohol: oil 6: 1, 4h) is shown in Figure 7. Increasing the temperature increased yield up until 65oC with the optimal yield being 86%. Higher temperatures reduce yield. FAME production is an endothermic reaction that requires high temperatures [33]. The reaction rate is slow at low temperatures due to diffusion resistance; Heterogeneous catalysts form three phases producing an oil-methanol catalyst system [26]. Increasing the reaction temperature beyond the optimal conditions will cause the evaporation of methanol, which encourages saponification so that FAME production is reduced [34].

After the reaction for 4h, the catalyst was separated from the mixture by filtration and washed using methanol and n-hexane [29] and dried at 110°C for reuse without prior recalcination. The FAME yield obtained from the reused catalyst for each reaction cycle shown in (Figure 8). The catalyst's effectiveness gradually decreases with repeated use. Catalytic activity is reduced due to the washing process [28]. Besides, the formation of Calcium diglyceroxide Ca (C3H7O3)2 as indicated by the XRD pattern will result in some saponification [23] which causes difficulties in the separation process, reducing catalyst recovery [35]. According to the SEM image illustrates the agglomeration of particles with other reactant molecules or catalyst leaching. This causes the loss of active sites, resulting in a reduced product yield [36]. 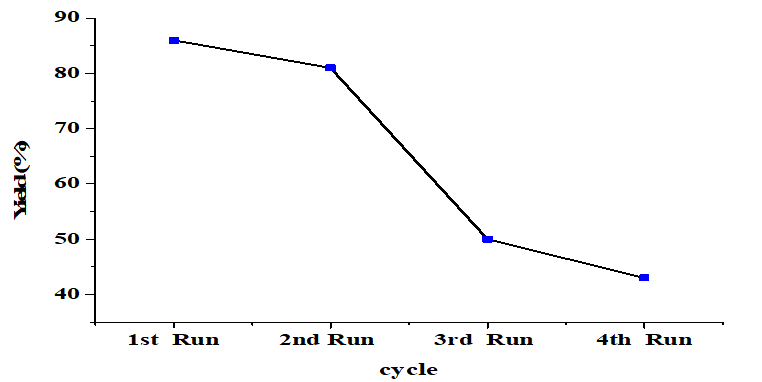 Figure 8. Reusability of the CaO catalyst

Lintau Bou limestone has high calcium content and can be used to produce a low-cost heterogeneous base CaO catalyst. Calcination (900°C for 5 hours) produces CaO particles which can be used in transesterification. Optimization of parameters indicated that the maximum yield of FAME obtained is 86%, which can be achieved using 5% by weight catalyst, 6: 1 ratio of methanol to oil, 4 hour reaction time, and a temperature of 65oC. The CaO catalyst could be reused three times indicating good reusability.

The authors thank the Ministry of Research, Technology, and Higher Education, Republic of Indonesia, since part of this work is supported by DP2M DIKTI under the 2018 Pasca Sarjana Research Grant.